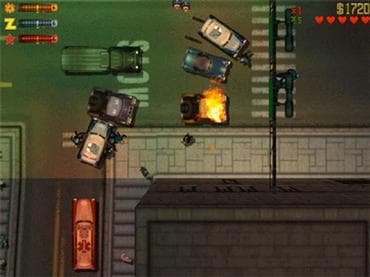 Grand Theft Auto 2, or GTA 2, is the second major installment in the Grand Theft Auto series. he game takes place in Anywhere City, which is divided into 3 sectors: Commercial, Residential, and Industrial. In each of them there are three gangs, whose bosses give the player missions via payphones. Each district also has a maximum wanted level that the player can acquire. There are three levels of mission difficulty: easy, taken from green payphones, medium, from yellow payphones, which pay better but require the player to have some respect, and hard, from red payphones, which pay very well, but usually are very hard, and require maximum respect. For completing a mission the player earns money, respect and a money multiplier. Sometimes during a mission the player is also given access to new parts of town, vehicles, or weapons. Download free game today and dive into the crime world of GTA 2.